Why Didn’t Our Horoscopes Warn Us About COVID-19? An Astrologer Answers

Why Didn’t Our Horoscopes Warn Us About COVID-19? An Astrologer Answers 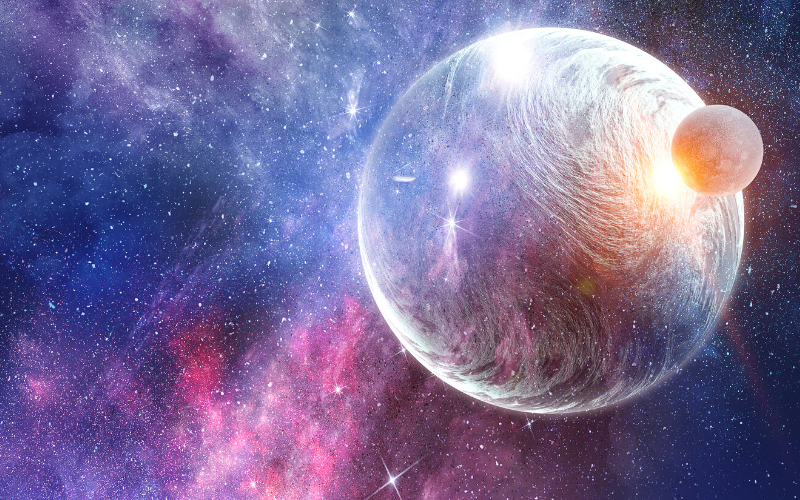 Could astrology have forewarned us of the current coronavirus crisis?

Looking back at similar historical events to the current coronavirus global pandemic, we can find common cosmic threads between the past and present, weaving their way throughout history.

Long before now, astrologers predicted a radical global shift to coincide with the major planetary alignments set to make their mark in 2020.

Saturn, Uranus and Pluto take their time, decades in fact, to circle the Sun. When these planetary heavyweights unite, you can expect a huge once-in-a-lifetime impact. The last time this cosmic trio connected was in 1918 to 1920. Although Jupiter takes only 12 years to circle the Sun, this mega planet was also thrown into the mix. Now, in 2020, these planets rendezvous again, kicking off with Pluto and Saturn.

Let’s step back in time

We can join the astrological dots by observing what was happening the last time the planets were dancing to the same tune. So, just what was going on in 1918 to 1920 when Jupiter, Saturn, Uranus and Pluto were all hanging out together in the sky? During this time, the world was in the grips of another global pandemic known as the Spanish Flu. Sure, the heavenly choreography was a little different back then. Still, the point is, the outer planets rarely speak to us. When they do, you can bet there’s a vital lesson to be learnt, or an evolutionary shift to be had.

It’s worth mentioning that Pluto and Saturn also made a brief connection in 1947. Again, there’s a common thread between then and now. This timing plays a pivotal role in our fight against the coronavirus because, in 1947, synchrotron x-rays were first observed. According to Professor Andrew Greene The Australian Synchrotron, operated by The Australian Nuclear Science and Technology Organisation, is currently at the precipice of discovering a cure for COVID-19. What’s most exciting from an astrological perspective, is that the seed of intention that was planted in 1947, is now coming to fruition with Saturn and Pluto’s meet-ups in 2020.

Another crucial astrological marker in 2020 is Saturn’s step into Aquarius for the first time in 29 years. The ringed planet settles into Aquarius in March 2020 where it will remain for the next three years (except July until December 2020, thanks to a short spell in retrograde). That’s a really long time for a planet to hang out in one zodiac sign, making Saturn’s move one to watch

​Because Saturn takes almost three decades to circle the zodiac, the ringed planet has a powerful influence on an entire generation. Now, as Saturn settles into a new zodiac sign, a distinct trend begins to unfold.

Saturn is a harsh taskmaster. This planet has a take-no-prisoners attitude; enforcing rules, responsibility and isolation. Still, every planet has a light and a shadow side, and Saturn is no exception. Where there’s discipline, sacrifice and application, Saturn can offer remarkable rewards. Do the work, and you’ll come out on top, with a big fat shining gold star to show for your efforts.

​The age of Aquarius

Aquarius represents community, social conscience, technology, freedom, humanitarian causes and clemency. The Water Bearer points the way towards the future while shaking up the status quo. This zodiac sign gets high from rocking the boat. However, rebellious Aquarius is motivated by fighting the good fight for the ultimate benefit of others. Aquarius is like a compassionate bestie, but one that’s prepared to dish out some tough love. Starting to get the picture? Let’s take a peek at what was happening in the world during Saturn’s last stopover in Aquarius, to get a feel for what’s to come.

The last time Saturn travelled through Aquarius was from 1991 until 1994. This period highlights critical markers in world history that point to a metamorphosis of the human spirit, where outdated structures were torn down and replaced by more evolved ways of being. To name just a few; the Cold War came to an end, the Soviet Union collapsed, and the Berlin Wall took its last concrete breath.

Boundaries have never been more powerful

Saturn creates boundaries, both psychological and territorial, as countries shut their borders to #stopthespread. Governments and their use of power is a Plutonian theme (by the way, Pluto also rules viruses in astrology).

Communities have never been more united

Whereas Aquarius is the sign of the people. The question is, are we all barracking for the same team? Aquarius represents the collective, and I can’t think of a more quintessential Aquarian themed slogan than ‘we’re all in this together’.

We’re caring for our elderly

Saturn demands we step up! The planet that governs old age asks us to act responsibly to protect our more vulnerable citizens. Cultivating compassion, kindness and camaraderie is associated with Aquarius. And although we witnessed some disgraceful supermarket behaviour, rules were quickly enforced to prioritise the needs of our elderly and disabled.

Something in the air

In astrology, Saturn can be associated with restriction, illness and hospitalisation. Although Gemini rules the lungs, both Gemini and Aquarius are air signs. As we now know, coronavirus, or COVID-19 to be exact, is a respiratory disease that limits air from getting into the lungs.

So when will it all end?

​2020 demands that we reform our economic structures, healthcare systems, societal attitudes and most importantly, our moral conscience.

Now more than ever, we must look towards long-term goals rather than short-term gratification. Saturn’s blessings always unfold slowly, but surely. Powerful Pluto intends to keep the pressure on, but Jupiter holds our hopes high. Yet, it’s Aquarius that will finally let the sunshine in. The great humanitarian sign of the zodiac sings a song that goes like this; ‘it is the dawning of the Age of Aquarius’. And as we wait for sunrise to peek over the horizon, the world is reminded that it’s always darkest before the dawn.