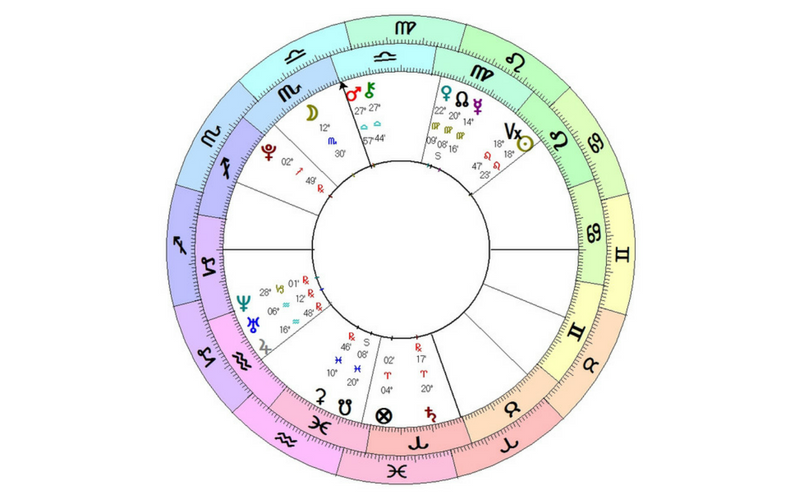 SUN in LEO, MOON in SCORPIO

The buzz around Kylie Jenner is all about her pregnancy, which she is yet to confirm. Why? because with her Moon in secretive Scorpio, Kylie is insanely private. It’s a case of still waters running deep with this girl.

Kylie’s Moon is involved in a challenging astrological formation with her Sun in Leo and Jupiter in Aquarius, indicating her personal conflict with fame and a life that is under constant public scrutiny and her need for some level of control around her personal life.

The aforementioned planetary combination may have influenced Kylie’s massive physical transformation, when she underwent plastic surgery to dramatically alter her appearance. Especially with the Sun residing in her 8th house of surgery, change and rebirth.

Mars culminates in Kylie’s career zone. As Mars is in Libra, the sign that stands for beauty, aesthetic harmony and balance, it’s no surprise that she has forged a business in the make-up industry as the founder of a successful cosmetics brand.

Saturn is about to trigger Kylie’s Ascendant, indicating that she will slow down and become more restricted (Saturn) in relation to her physicality (Ascendant). This makes sense considering her growing pregnancy. Saturn’s action in her chart also shows an increase in responsibility and her being ready for a deepening of commitment.

Mercury is about to hit off her natal Neptune, indicating fervent talk about her pregnancy, with the possibility of gossip and scandal.

Jupiter was approaching Kylie’s natal Moon in November 2017, which may have been around the time of conception or a decision made on whether to proceed with the pregnancy. This combination also denotes becoming a mother and the joy associated with motherhood and beginning a family.